What are Hydraulic Lifters?

How Do Hydraulic Lifters Work?

In essence, every hydraulic lifter consists of a hollow steel cylinder and a piston or plunger inside the cylinder. The engine’s oil pump generates oil pressure forcing oil inside the lifters through small holes. Oil enters and fills the empty space behind the plunger when the valve is closed, this results in zero valve lash as the oil pressure pushes on the plunger so it makes constant contact with the camshaft or camshaft follower. All hydraulic lifters are equipped with one-way valves that allow oil in, but not out. When the valve starts opening as the camshaft rotates towards its highest lift point and presses on the lifter the one-way valve prevents oil from being pushed out of the lifter. A key property of engine oil is that it’s virtually incompressible, so when the camshaft pushes on the lifter this property of engine oil makes hydraulic lifters act like solid lifters and makes it possible for the camshaft to open the valves.

All of this means that hydraulic lifters are more gentle on the valvetrain compared to solid lifters. Because hydraulic lifters are capable of maintaining zero valve lash they reduce the aggressive impacts of the valves being abruptly closed at high engine speeds. Solid lifters must maintain a gap between the cam and lifter which means that the valve’s return to its seat is much more abrupt and there is no cushioning effect. On the other hand hydraulic lifters follow the cam through its entire rotation ensuring there is no slamming of the valves as they return back to their seat. This reduces noise and extends the life of the engine’s valvetrain.

Roller lifters and flat tappets are both hydraulic lifters so they work the same way, but they employ different designs to their camshaft contacting surfaces. As the name suggests, roller lifters have rollers on the bottom of the lifter, which roll along the camshaft lobe. Flat tappets, contrary to their name, actually have a slightly convex surface that slides against the cam. As everyone knows, rolling creates less friction than sliding, which means that hydraulic rollers lifters make it easier for the camshaft to rotate which helps reduce parasitic horsepower losses and helps the engine make more power. But hydraulic roller lifters have another key advantage over flat tappets as they allow the camshaft to run much more aggressive profiles and further improve performance.

A hydraulic roller lifter allows more aggressive camshaft profiles because it eliminates the risk of scraping or binding that is inherent to a flat tappet. Flat tappets, although less expensive, have limitations when it comes to camshaft ramp as a too much ramp will actually result in the flat tappet digging into the cam profile. With a more aggressive camshaft profile the valves can be closed and opened much faster, which means there’s more time for the valves to stay open, so the roller lifter camshaft can have much longer duration. This is why roller lifter setups often require stiffer valve springs to control the more aggressive and rapid valvetrain movement.

Additionally, hydraulic roller lifters also offer increased durability. A roller lifter is less likely to fail because, unlike a flat tappet, it doesn’t rely as much on splash lubrication. Another benefit is that roller lifters are ok with regular off the shelf oils and don’t require zinc-rich oils and/or additives like flat tappets do.

Why Buy Hydraulic Lifters From MaXpeedingRods?

In general, hydraulic lifters are maintenance free and when engine oil is replaced regularly they will usually last a very long time. A telltale sign of hydraulic lifter failure is increased valvetrain noise. Debris, sludge and other residues in engine oil that isn’t changed on time can lock up a hydraulic valve lifter rendering it incapable of maintaining zero valve lash, which will result in rattling and knocking sounds from your valvetrain, that can be somewhat similar to that heard from solid valve lifters. In general, hydraulic valve lifter are sensitive to oil change frequency and oil change quality. Low quality oils with insufficient detergent content are ineffective at preventing sludge buildup which will quickly lock-up your valve lifters and not only increase noise, but also wear and stress on your entire valvetrain. This is why it is critical to use good quality oil and change it on time in hydraulic lifter equipped engines. 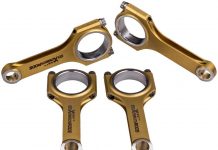 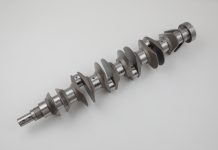